The title of this post is a little overwhelming, isn’t it?! Welcome to my world :). This past weekend was another great one, and I wanted to share all of the fun that we had and memories made with you. (It’s a little delayed, but had to share before the new weekend begins.)

To make this great from the beginning, my office was closed Friday and Monday for the holiday, which makes for a fantastic weekend right off the bat. My friend, Sarah, invited me and two other friends over to her place for a little grown-up slumber party, which consisted of wine, pizza, watching Fifty Shades of Grey, and being asked to be her bridesmaids! It was such an exciting surprise, and I am beyond thrilled that I get to be a part of her and Amia’s special day. Have I mentioned how much I love love? Cinco de Mayo 2016, here we come! #StecsOnTheBeach 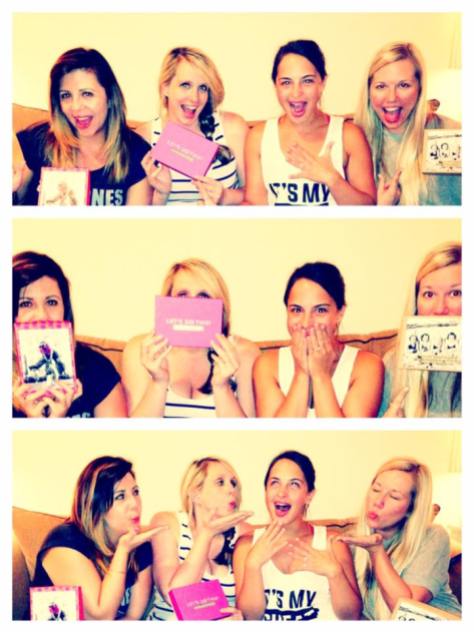 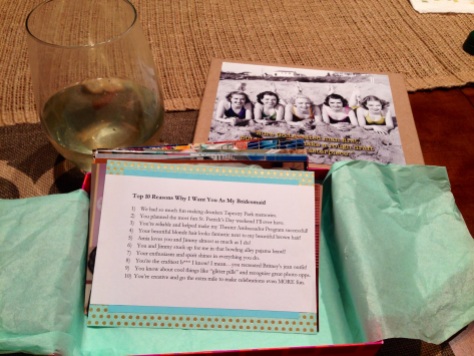 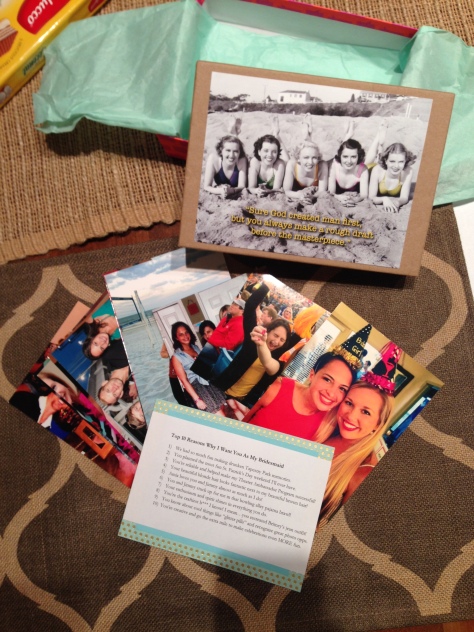 Friday morning we started the weekend on the right foot with a little #SweatingForTheWedding gym shesh (and of course, Gina snapped a mid-workout picture. At least we look pretty bad @$$?) 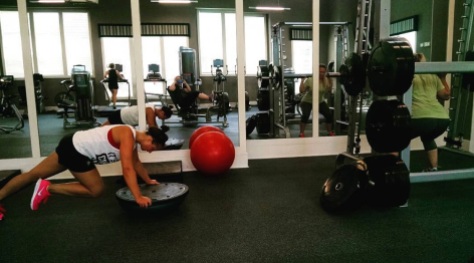 Friday was fairly low-key. I had the day off, so I ran a bunch of errands and cleaned the house (story of my life), then we went over to our friends Nick and Meghan’s house for a delicious dinner. Oh yeah, and I started making my flag water blob! 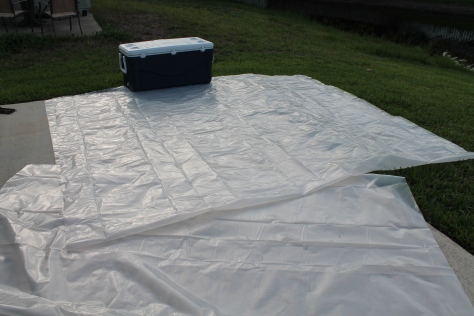 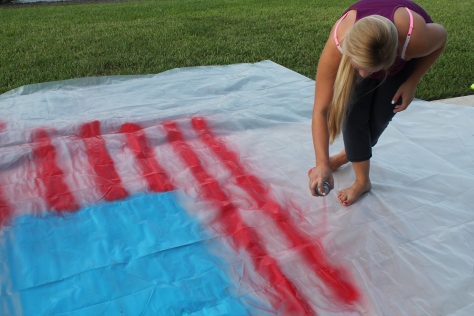 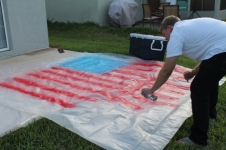 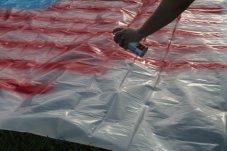 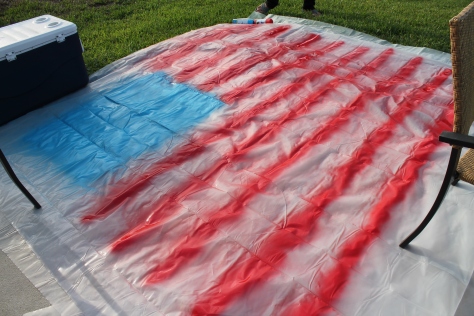 Saturday morning was full of cooking and getting ready for our 4th of July Brunch, and friends started trickling in around noon, including my bestie Brittnee and her hubby Travis who always come down from Savannah for holidays! We had more than enough food, the boys filled up my flag water blob backwards (we don’t hate America, I promise!), most of my dry ice melted (we still had enough for a round of martinis, thank God), Phil cut his finger while chopping bacon and passed out on his was to the living room, and it poured rain for most of the day (so much for hanging out on that water blob to cool off!), but we had a great time and enjoyed spending the afternoon with friends nonetheless. 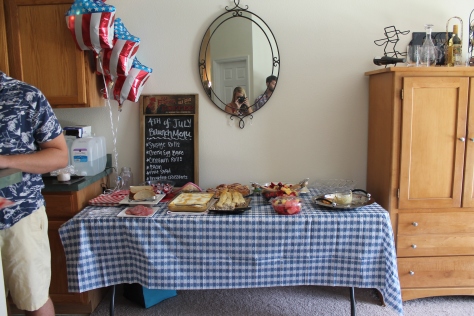 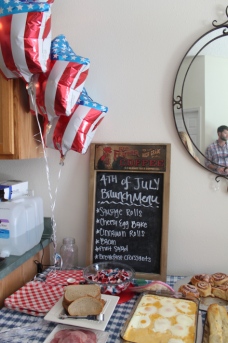 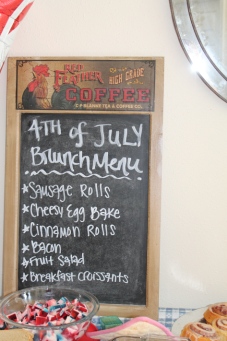 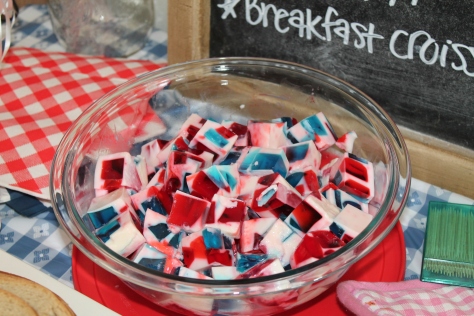 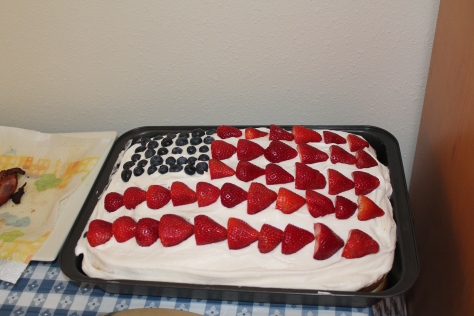 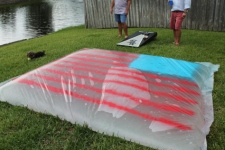 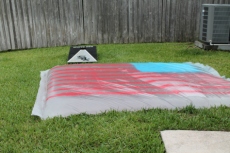 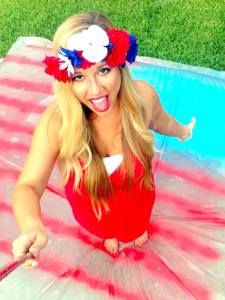 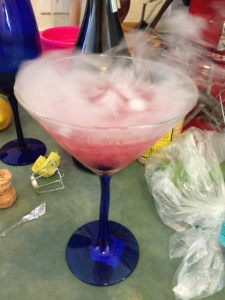 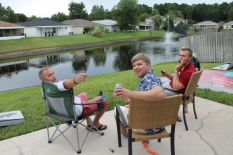 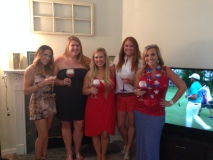 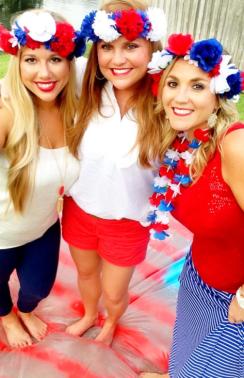 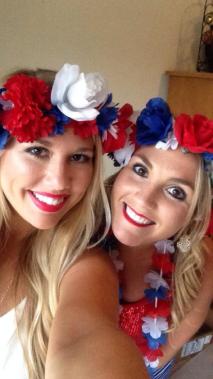 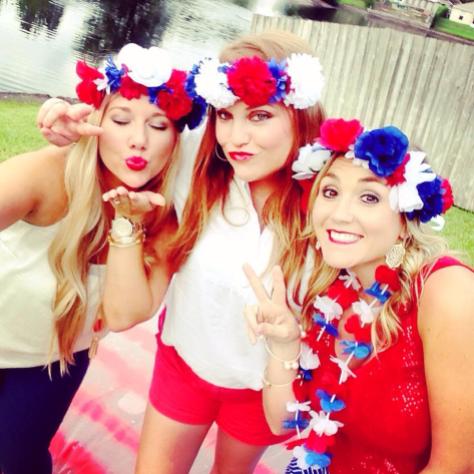 That night we headed downtown to watch the fireworks from our VIP viewing spot at The Jacksonville Landing, which never disappoints. 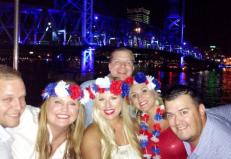 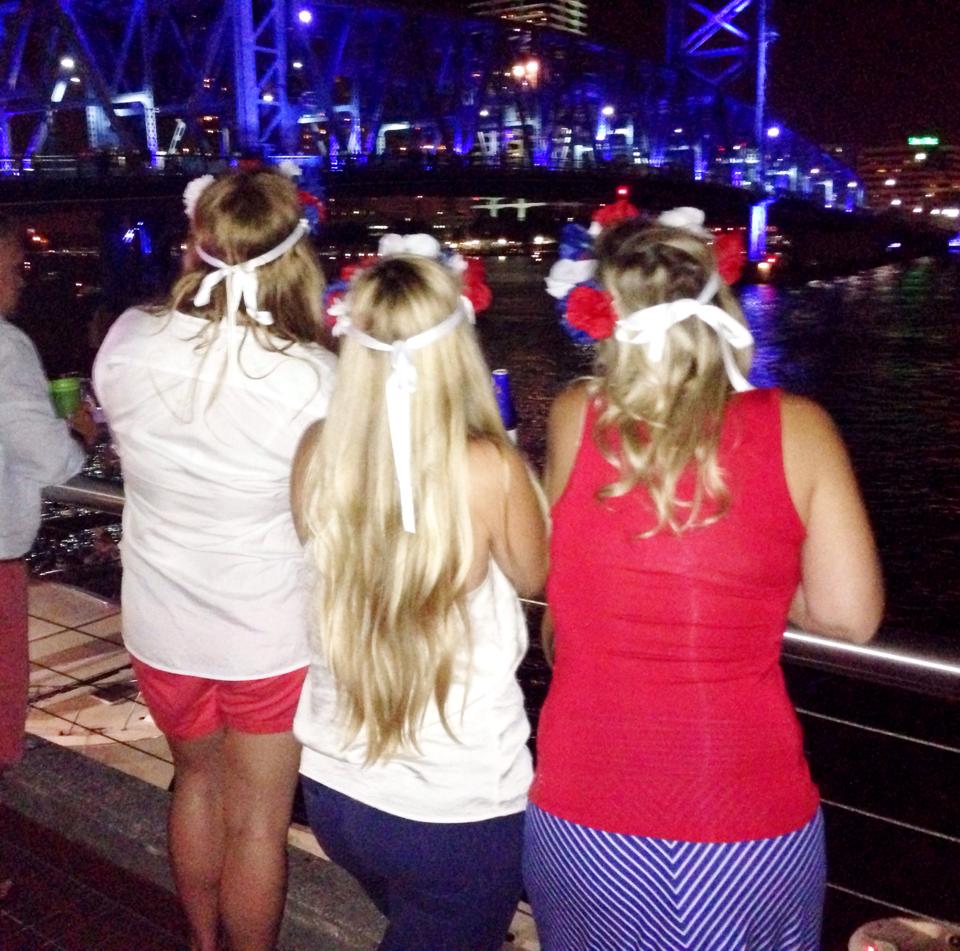 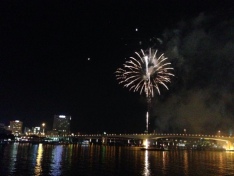 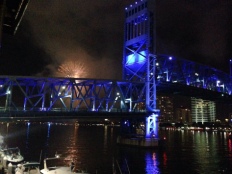 Sunday was the last day of freedom before Jimmy and I started The Whole30 (more on that to come), so we indulged in a tasty meal at TacoLu with Brittnee and Travis, then relaxed on the couch the rest of the night as it stormed outside. 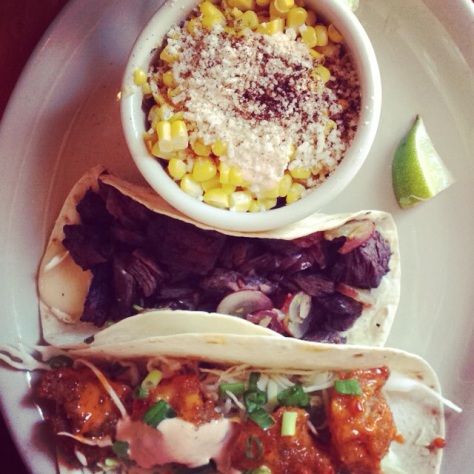 My long weekend continued Monday. I was hoping to spend a few hours at the beach, but my car had other plans for me. Instead, I had to use a can of Fix-a-Flat to inflate my tire just enough to get it down the street to the tire shop. And of course, I picked up a nail in a place that wasn’t patchable, as always. $177 later, Fannie had a new tire and was ready to run errands. I hit up our local fresh produce store and stocked up on Whole30-approved goodness, then spent the next four hours rotating between doing laundry and meal prepping for the next few days. Not exactly the most relaxing day off, but it was definitely productive!

Back to work Tuesday morning, but at least it was an exciting one. Brittnee and Travis are expecting their first baby in January, so I got to create their pregnancy announcement which they shared with the world that afternoon. I am beyond excited for them – they’ve been praying for this day for so long and I know they are going to make such wonderful parents! 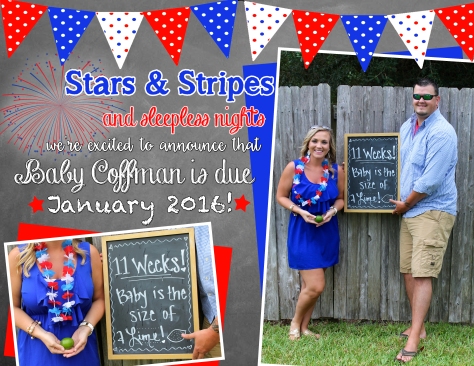 So there you have it – Another awesome weekend for the books. Looking forward to this weekend celebrating bride-to-be Heather and helping throw her bridal shower in Savannah!